The state of the modern autoshop class

Matthew Lyle clearly remembers helping lead the inaugural Electric Car Team at Guelph Collegiate Vocational Institute as somewhat of a “catastrophe.” In 2016, Lyle, the Head of Technical Education at the Guelph-based high school, partnered with his Transportation Technology teacher colleague Dennis Ashley to form a team tasked with building vehicles. The ultimate goal was entering an endurance competition against other schools at the University of Waterloo’s annual Electric Car Challenge.

There was a learning curve in year one but, as the club grew in numbers and popularity, so did momentum. At the 2019 U of W event GCVI swept both the Dennis Weishar Engineering Design Award—named after the challenge’s late founder, a teacher from Orangeville—and the Toyota Fabrication & Manufacturing Award.

The hardware is exciting–but the rewarding part for Lyle and Ashley is the students’ experiences. “They get to see an entire project through from the initial concept drawing to the manufacturing and prototyping to a completed car,” says Lyle, noting many students have tech industry and engineering ambitions. “Trades were seen as dirty jobs and parents didn’t want to get their kids involved. But now there’s a realization this is high-tech stuff, that it’s not just turning wrenches.

“We work on computer-driven design and programming, high-level manufacturing, and automotive skills. The kids have really bought into that.” Ashley arrived at GCVI five years ago and introduced a lunchtime club, as well as the Electric Car Club. He agrees with Lyle that young people at the school are embracing tech. Though Ashley has been on sick leave and in-person work at the fully equipped GCVI garage was limited through the pandemic, anticipation to get back at it is building.

He has seen numbers grow in both his grade 11 transportation technology class and the grade 12 version, which is college-level content for students aspiring to a career in auto repair. There are no textbooks. Ashley utilizes computer based Electude education modules and the modern GCVI shop, with two tire changers, a giant ramp hoist, and new tools every year, services cars for teachers and the Guelph community.

“Our live shop is equipped exactly like any professional garage,” he says, adding students can do engine or transmission replacements, and full brake jobs. “They get a lot of opportunity and hands-on experience.”

According to the Ontario Ministry of Education, approximately 67 percent of secondary schools in the province have a Transportation Technology class, with a total of 37,263 students enrolled in them during the 2018/19 school year. The GCVI classes and clubs receive support from the province’s Specialist High Skills Major program. The Guelph school, which also has a thriving all-girls class promoting women in tech, has actually brought in part-time teachers to help meet demand. That’s not the case across the whole country, however. Stefano Liessi, an independent collision industry consultant in St. Albert, Alberta, has fond memories of a class he once taught at an Edmonton school.

Before it became a victim of what Liessi calls “bureaucracy and budget cuts” back in 2019, he ran a successful collision class for six years, teaching kids in grades 10 through 12 how to restore and paint damaged vehicles and parts. His students, who ranged from marginalized to academically gifted, won multiple awards at the annual Skills Canada National Competition over his tenure.

“The classroom was set up in a way to offer real-life experience,” says Liessi, who loved being alongside his students daily. “My goal was to have them understand that when they’re done school, this is what you would face in the real world.

They had to solve problems if something didn’t go right, and if you made a mistake, how do you account for it? “There was an opportunity for them to express themselves and develop self-esteem.” Liessi recalls one young student being terrified to enter a competition after he encouraged her to join but she beamed after winning a bronze medal. He is critical of the decisions to cut important programs that benefit young people, suggesting they are a disservice.

“It’s taken a toll,” Liessi says. “They’ve lost classes, apprentice programs, and great teachers. “I always say that if you invest in education and health care, everything will take care of itself. If you don’t, you’re going uphill.” Lyle and Ashley are fortunate they can witness their students make the most of their opportunities. “These are great programs if you have a curious mind,” says Ashley. “Knowing how vehicles are made and how they work will benefit you. You can’t purchase those hands-on skills anywhere.”

“You watch these students come in, sometimes with little knowledge and they build over the year, with struggles,” adds Lyle. “Then the moment that they sit in the car and turn it on, the look on their faces is incredible.” 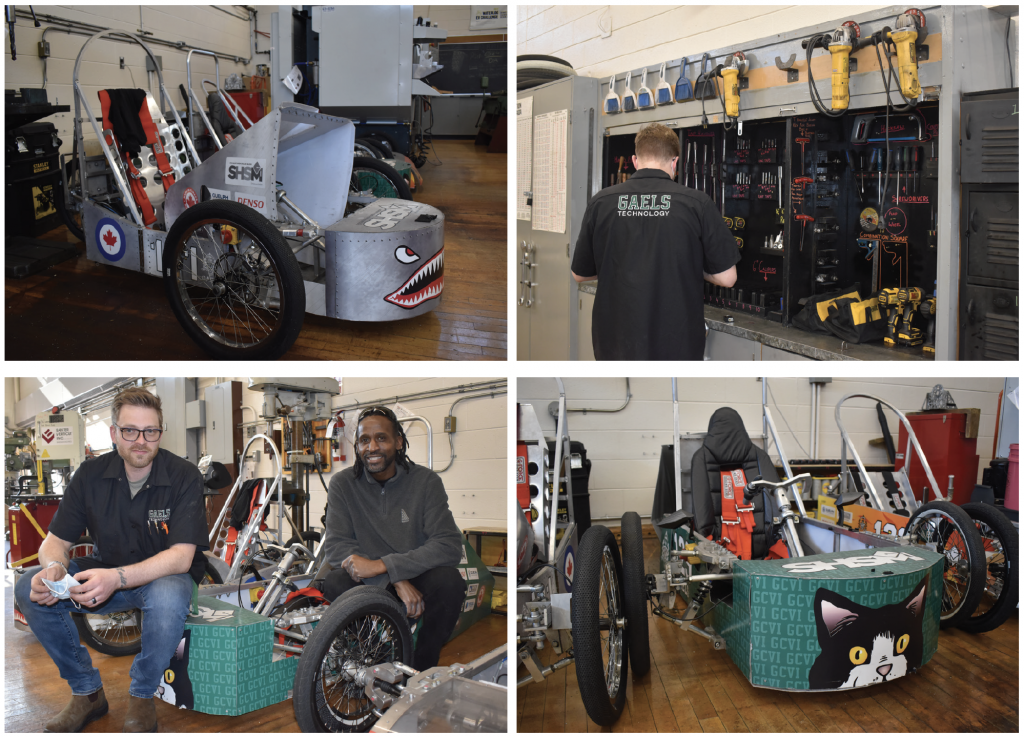 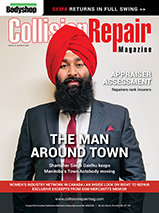 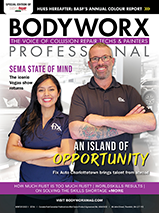 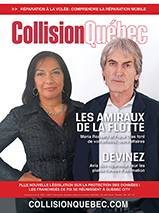 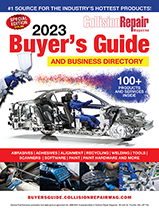